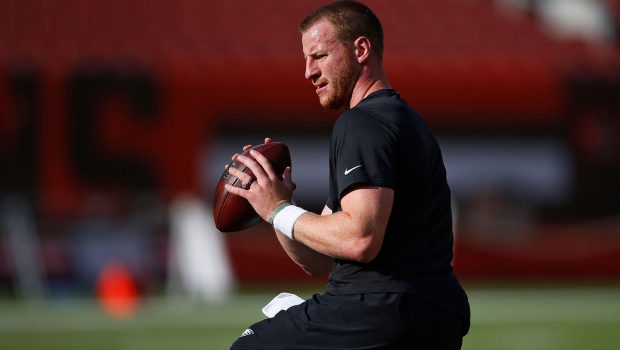 Quarterback drama aside, the Eagles are still a very deep squad and didn’t lose any of their key players in the offseason, which is typically what happens to a defending Super Bowl champion in the salary cap era. The Eagles were third in points per game and fourth in points allowed last season, making them the only team in the NFL to rank in the top five in both categories. Philly has the 13th-easiest schedule as eight of its games are against teams that didn’t make the playoffs and considering the Eagles have only lost once at home since Week 15 of the 2016-17 season, it’s hard to envision less than 11-5 for this squad.

This season has 8-8 written all over it. Offensive line injuries, lack of wide receiver depth and an inconsistent defense make taking the OVER on this prop a risky proposition. America’s Team has 13 of its 16 games against teams that either made the playoffs or finished with a winning record last season. The Cowboys’ opening six games are a murderers’ row of opponents in the Panthers, Giants, Seahawks, Lions, Texans and Jaguars so this prop could be decided before Thanksgiving.

SAQUON BARKLEY TO WIN ROOKIE OF THE YEAR +155

Touches, touches and more touches. That’s what you’re banking on if you plan to back Barkley and the Giants as they didn’t take him No. 2 overall to manage his workload. Barkley was a stud in college and behind a revamped G-Men offensive line, the rookie could very well lead the NFL in rushing yards and touchdowns. New York is a great bounce-back candidate after going 3-13 SU last season and Barkley along with a healthy Odell Beckham Jr. could be the linchpins of the Giants offense for years to come. The only way he could lose is if one of the rookie quarterbacks leads his team to the playoffs and considering how the Browns, Cardinals, Bills and Jets look, that seems unlikely in 2018.

This is about as much of a lock as you can get and it’s mainly due to the competition in the NFC. The price tag is obviously hard on the wallet but there’s a reason for that and it’s because oddmakers think the same thing we do. There are only six slots for the playoffs and with the Eagles, Rams, Saints and Packers seeming to be the top four faves in the NFC, we’re then left with two. So, the question you need to ask yourself is “Can Washington make the playoffs over the Vikings, Falcons, Panthers or 49ers?” If you answered yes, then you must be from Washington: