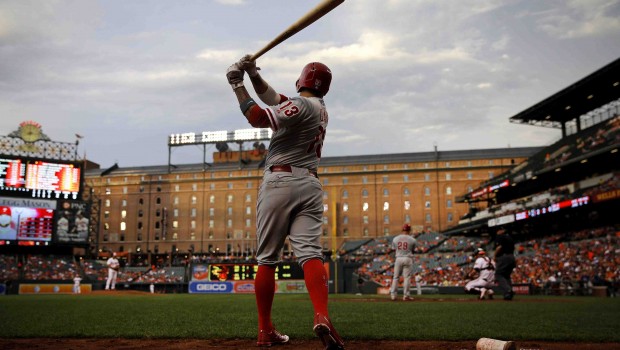 It’s no secret that our Phillies are the worst team in baseball — by far.

But it wasn’t that long ago that expectations for this ragtag bunch were a lot higher than 29 wins!

In spring training, for instance, when they were projected to win 68.

When the over/under numbers were posted this year, there was a consensus: The Phillies were expected to be the worst team in baseball. At 68.5 wins, their projected total was two below the next worst team, Minnesota. But even as the Twins have overachieved, the Phillies have collapsed. It is weirdly impressive in a way: Expectations were rock bottom for the Phils, and they still have not come close to meeting them.

Though the Phils have been poor the last two seasons, winning 73 games in each, this year makes those look like triumphs. A team that won the World Series in 2008 and made the playoffs as late as 2011 simply aged badly.

Cole Hamels has been a rock as a starter, though he is likely to be traded, and the hot Maikel Franco, 22, offers a sliver of hope for the future. But if you bet the over on the Phillies this year, it is time to tear up that ticket.