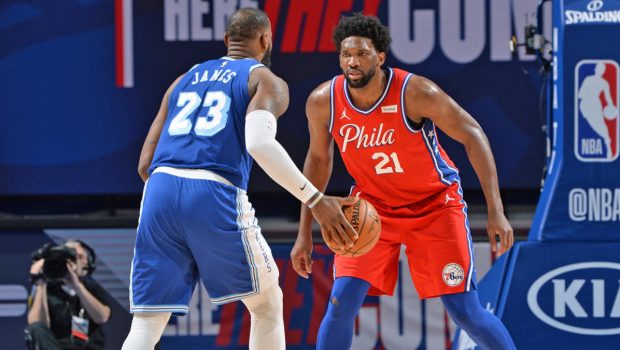 VAXXED LEBRON HAS COVID, OUT 10-DAYS, JUST LIKE JOJO WAS!

LeBron James has been placed into the NBA’s health and safety protocols after testing positive for the virus, according to TMZ.

James already has missed 12 of the Lakers’ 23 games because of injuries and a suspension. L.A. is 7-4 with James this season and 5-7 without him.

“We know he wants to be in there every night,” Vogel said. “More than anybody in the league, probably.”

If a player has a confirmed positive test for COVID-19, the NBA mandates a minimum of 10 days of isolation away from his team without any physical activity. After that period, a player must undergo a cardiac screening and reconditioning in order to be cleared to return to the court. A player who tests positive also could clear protocol by returning two negative polymerase chain reaction (PCR) tests within a 24-hour period.

James revealed on Lakers media day in late September that he had received the COVID-19 vaccine.

“I know that I was very skeptical about it all,” he said. “But after doing my research and things of that nature, I felt like it was best suited, not only for me but for my family and my friends. And that’s why I decided to do it.”