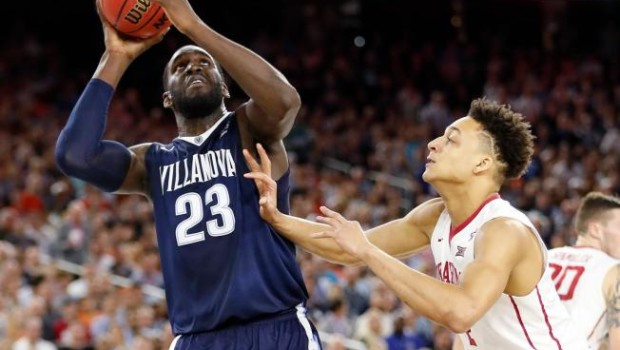 The Villanova Wildcats are going to NCAA championship game on Monday night!

Josh Hart scored 23 points on 10-of-12 shooting and Villanova advanced with a resounding 95-51 victory over Oklahoma on Saturday night.

The Wildcats (34-5) will face the winner of the North Carolina-Syracuse game for the title on Monday night.

This was the biggest Final Four semifinal win ever, eclipsing the 34-point wins by Cincinnati over Oregon State in 1962 and Michigan State over Penn in 1979.

Villanova dominated the Sooners (29-8) after an opening 7 minutes that had the teams trading the lead on almost every possession.

The Wildcats broke it open with a 21-4 run. The stats about NRG Stadium being a horrible place to shoot went out the window along with the Sooners’ chances at playing for their first national championship.