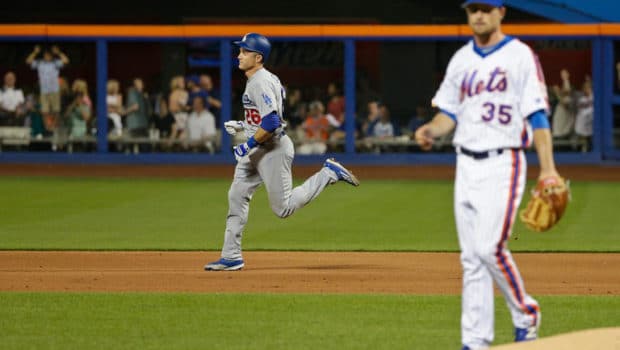 UTLEY TO METS FANS: BOO THIS — A GRAND SLAM AND A SOLO!

Former Phillies second base great Utley hit a grand slam and a solo homer after Noah Syndergaard threw a 99 mph fastball behind his back, and the Los Angeles Dodgers went deep a season-high five times in routing New York 9-1 last night.

In a scene that seemed inevitable since October, Syndergaard was immediately ejected following the third-inning pitch — which certainly appeared to be his shot at retaliation against Utley for the late takeout slide that broke the right leg of then-Mets shortstop Ruben Tejada in last year’s playoffs.