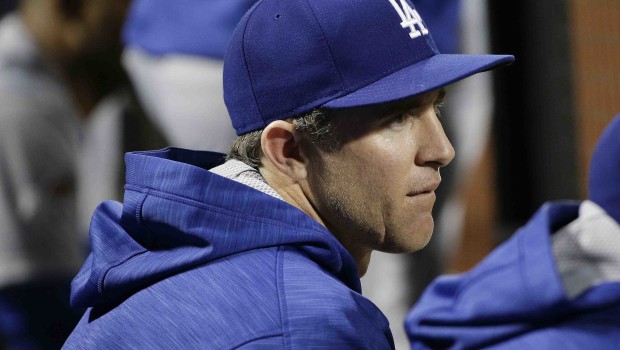 UTLEY LINES OUT IN THE PINCH AS METS CHASE THE DODGERS!

So, how did Phillies legend Chase Utley do when he got a chance to play in last night’s Dodgers-Mets game 5 of the NLDS?

The Dodgers infielder lined out to right field as a pinch-hitter against Jeurys Familia on a 1-2 pitch to start the bottom of the ninth inning in the Mets’ 3-2 victory.

It was Utley’s first appearance since the Dodgers won game 2 thanks to his illegal slide into Ruben Tejada, who suffered a broken leg on the play. Utley, who has been a Mets killer throughout his career, was 3-for-6 with a double and an RBI against Familia before that at-bat.

The Dodgers’ veteran was suspended by Major League Baseball for Games 3 and 4, but was still available to play because he appealed the suspension. His hearing is scheduled to take place Monday.