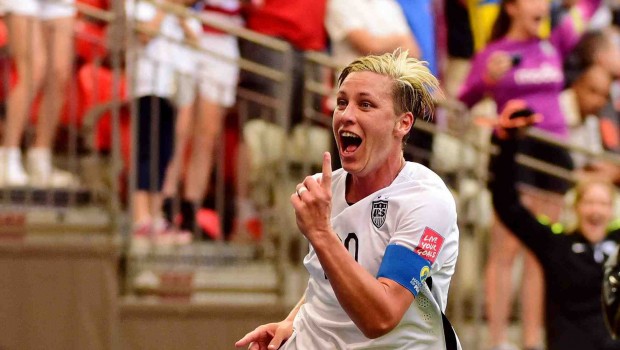 Abby Wambach has sued over artificial turf and complained about it regularly, becoming a spiritual descendant of that great philosopher and former slugger Dick Allen, who memorably said, “If a horse can’t eat it, I don’t want to play on it.”

Left with no choice but to play on synthetic turf in the Women’s World Cup, though, Wambach made the best of it on Tuesday night, scoring on a corner kick in the 45th minute as the United States defeated Nigeria, 1-0, won Group D and advanced to the round of 16.

The Americans will play Monday in Edmonton, Alberta, against a third-place group finisher that will be determined Wednesday.