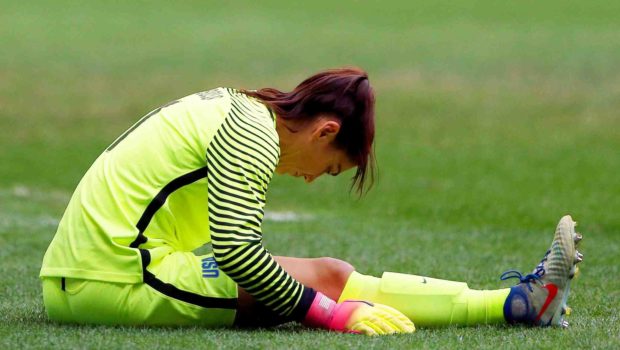 For every shiny marketing moment and big victory she’s been a part of, she’s given the U.S. a nasty unwanted drama. The victories usually smoothed over her behavior. Not this time. This time she went pure loser and lout.

After giving up the winning penalty kick to Sweden, Solo called her opponents “a bunch of cowards” for their conservative game plan. Now, who is the real coward here? Solo gave up three regulation goals in the past two games, between a draw with Colombia and this loss. She tried to ice Lisa Dahlkvist on the final kick by changing her gloves, and then couldn’t lay a hand on the ball. And she couldn’t take responsibility for any of it; she could only lash out.