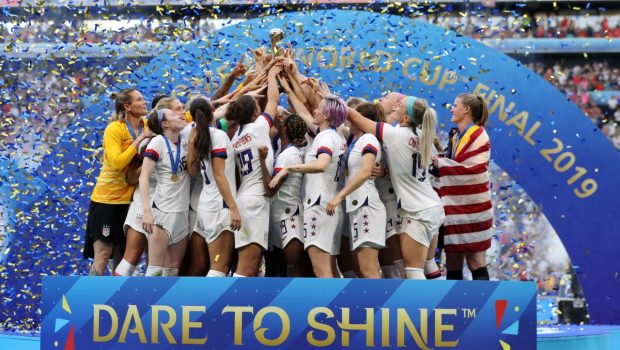 There were plenty of chants of “USA” as the American won the World Cup final, but the clearly audible chant from the stands that greeted FIFA president Gianni Infantino as he prepared to hand out World Cup medals was different:

U.S. players are suing their own federation for gender discrimination, even as the two sides prepare for a New York City parade on Wednesday.

As Golden Ball winner Megan Rapinoe embraced U.S. Soccer president Carlos Cordeiro after the American team beat the Netherlands to win its fourth World Cup title, the chant from the stands was a reminder that U.S. players had more than a trophy riding on success in France.

“It’s time to sit down with everyone and really get to work. This game has done so much for all of us. We’ve put so much into it. I think it’s a testament to the quality on the field, and I don’t think everything else is matching that. So how do we get everything to match up and continue to push this forward. Because I think at this point the argument we have been having is null and void.”