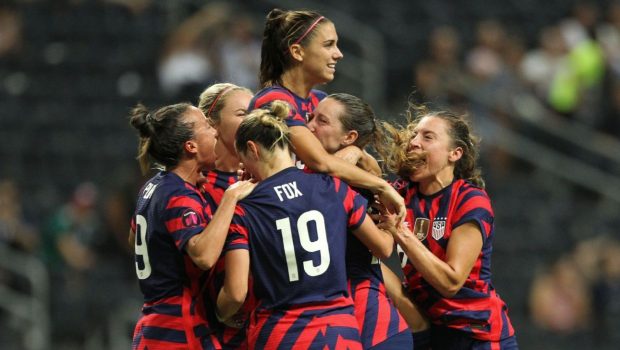 Alex Morgan scored the lone goal for the team, a perfectly converted penalty kick in the 78th minute. Morgan sent a ball through to Rose Lavelle on a run into the box, and Allysha Chapman clipped her for a penalty kick that was confirmed by VAR. Morgan did the rest, sending the goalkeeper the other way with a low finish.

The USWNT’s win against Canada earns the champs a spot in the 2024 Olympic Games in Paris and a place in the 2024 W Gold Cup. The victory is also the ninth Concacaf title for the U.S. and third consecutive.

THE USWNT GET REVENGE AGAINST CANADA AND WIN THEIR NINTH CONCACAF W CHAMPIONSHIP. 🏆 pic.twitter.com/Ma10A4snXf