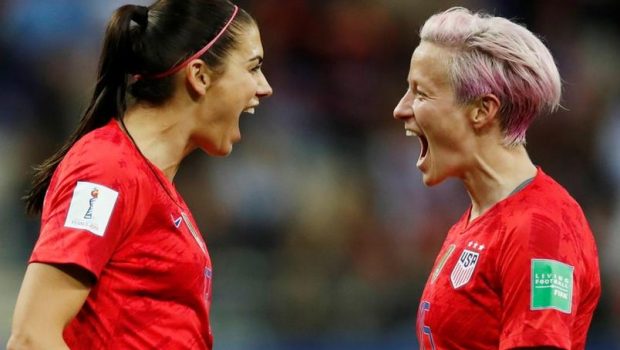 USA RUNS IT UP IN 13-0 SLAUGHTER OF THAILAND!

So, did the USA run up the score?

Abby Wambach, a veteran of four World Cups and the leading goal scorer in U.S. women’s soccer history with 184, quickly came to the defense of Team USA on Twitter.

“For all that have issue with many goals: for some players this is there first World Cup goal, and they should be excited,” Wambach tweeted. “Imagine it being you out there. This is your dream of playing and then scoring in a World Cup. Celebrate. Would you tell a men’s team to not score or celebrate?”

Wambach was not as kind to FIFA, calling on soccer’s governing body to do more to help developing countries like Thailand. She also called out fans who criticized the USWNT players, saying they would not do the same thing during a men’s game.