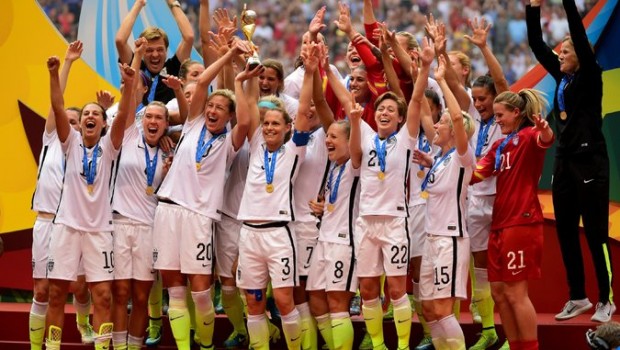 USA ROUTS JAPAN 5-2 FOR WORLD CUP — IT WASN’T EVEN THAT CLOSE!

The Women’s World Cup began uncertainly for midfielder Carli Lloyd. But it quickly built toward predatory dependability, then concluded Sunday in a display of startling deliverance.

South Jersey girl Lloyd scored the quickest goal in a Women’s World Cup final, slicing a shot with the outside of her left foot from a corner kick in the third minute of a 5-2 victory over Japan, as the United States became the first team to win the tournament three times.

Lloyd was far from done, becoming the first player to score three goals in the final of this tournament. All came in the first 16 minutes, before an ecstatic announced crowd of 53,341 at Vancouver’s BC Place Stadium, including Vice President Joseph R. Biden Jr.