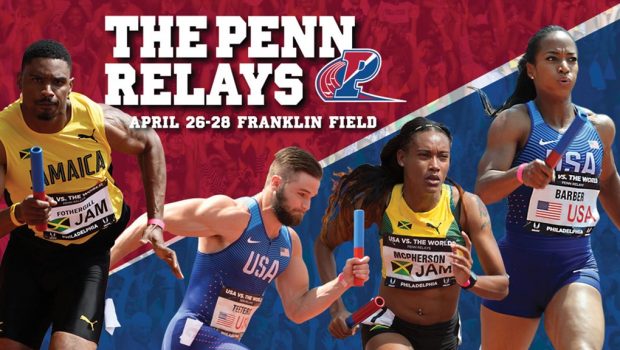 Daina Harper, running the final leg in the women’s 4×400-meter relay, finished off a win for the USA Red squad and a dominating day for American runners in the 19th annual USA vs. The World competition at yesterday’s Penn Relays at Franklin Field.

U.S. relay teams won five of the six showdown races. The women’s sprint medley relay set a world record in its victory. The USA Red men won all three of their races: 4×100, 4×400 and the sprint medley.

Among the women in that final 4×400 race was Kendra Chambers, who once ran in the Penn Relays as an eighth-grader and dominated the third leg of Saturday’s relay.

Chambers and Harper were joined by Jaide Stepter and Jasmine Blocker to finish with a time of 3 minutes, 26.73 seconds. Jamaica was second in 3:28.59.

Destinee Brown, Aaliyah Brown, Kimberlyn Duncan and Raevyn Rogers won the women’s sprint medley in a world-record time of 1:35.20, chopping 0.39 seconds off the record set last year at the same meet. The event consists of two 100-meter legs, a 200-meter leg and a 400-meter leg.