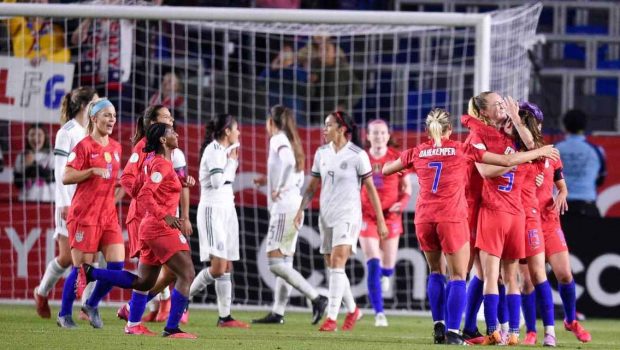 Samantha Mewis scored twice and the U.S. national team secured its place in Tokyo this summer with a 4-0 semifinal victory over Mexico in the CONCACAF Women’s Olympic Qualifying tournament in Carson, CA.

Rose Lavelle and Christen Press also scored for the United States, which extended its unbeaten streak to 27 games in front of a crowd of 11,292.

Carli Lloyd had an opportunity to pad the lead in the 61st minute, but her shot went over the goal.

The United States will face Canada in the tournament’s title game tomorrow. Canada earned the region’s other Olympic berth with a 1-0 victory over surprisingly resilient Costa Rica 1-0 in the earlier match Friday.

Canada has finished as runner-up to the United States in the past three qualifying tournaments.

“Canada is always a really hard team, we obviously have a big rivalry with them and of course they’re playing well defensively — and offensively. So it’s going to be a tough game, but we’re excited for the challenge,” Mewis said.

The top-ranked U.S. team is coming off a victory in the World Cup last summer in France. It was the team’s fourth title in soccer’s premier tournament.

The United States has made the field for every Olympics since soccer became an Olympic sport in 1996 and has won the gold medal four times. But the Americans were eliminated by Sweden in the quarterfinals four years ago in Brazil for the team’s earliest exit in the tournament. 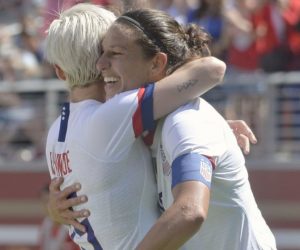 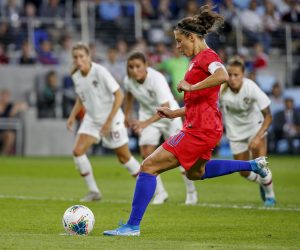 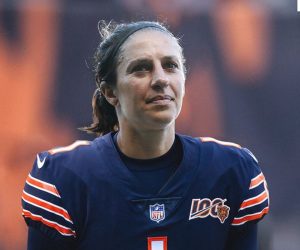