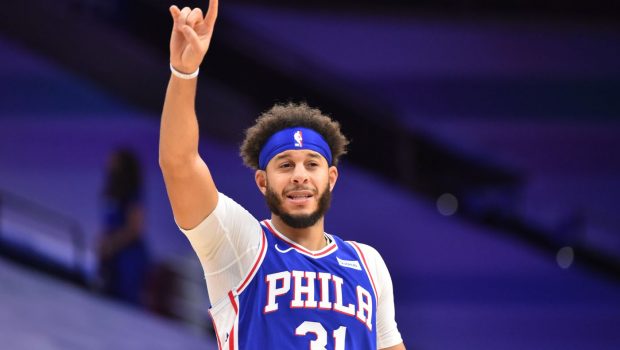 As Sixers Nation obsesses over Ben Simmons and his woeful playoff performance, let’s not forget they wouldn’t have even gotten to game 7 against the Hawks without Seth Curry.

Curry averaged 12.5 points on 45% shooting from deep in the regular season despite a bout with COVID in January. He was essential in helping the Sixers space the floor and be able to have success on the offensive end on their way to the No. 1 seed in the East.

In the playoffs, he upped his game and even further and Brad Botkin of CBS Sports identified him as a top playoff breakout performer:

After averaging 12.5 points on 46-percent shooting, including 45-percent from deep in the regular season, Curry shot up to 18.8 points per game in the playoffs.

Curry wound up shooting 58 percent from the field over 12 postseason games.

More impressively, he shot over 50 percent from 3 on almost seven attempts per game.

Narrowed to just the Atlanta series, Curry averaged 21 points per game on 60-percent shooting, including 59 percent from 3 on 7.4 attempts per game.

We already knew he could shoot with the best in the world, but Curry proving himself as a legit go-to scorer in tight postseason possessions was a revelation.