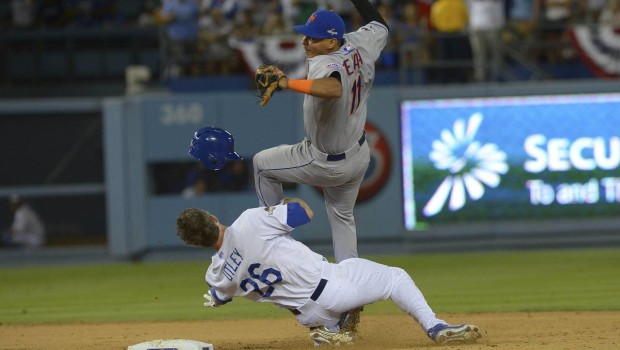 Watching the replays of ex-Phillies Chase Utley breaking up a double play and breaking Met Ruben Tejada’s leg has caused a barroom debate in Philly, even on the day when the Eagles beat the hell out of the New Orleans Saints.

Let’s start with the obvious: It was a dirty play.

Well, it also saved the Los Angeles Dodgers’ season and left the Mets without their starting shortstop for whatever remains of their postseason run. “I think that’s winning baseball,” Utley said.

But let’s be serious — in Philly the Mets are hated the way we hate the Cowboys, so let’s calm down a bit and cheer on Chase’s spirit!