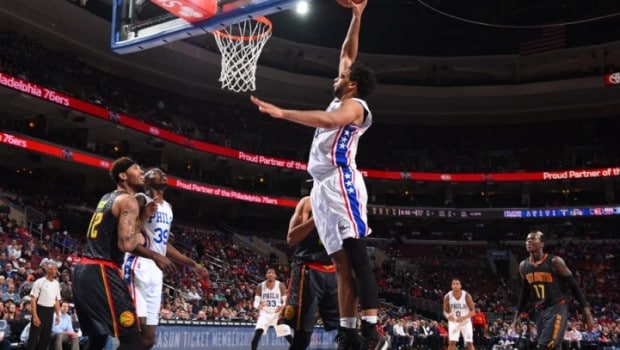 The NBA trade deadline is 3 p. m. today, and since the Sixers have said nothing, either on or off the record, on background or on deep background, we are left with the brain farts of someone from Caukins Media, whatever that is:

Young big men Nerlens Noel and Jahlil Okafor continue to be the Sixers’ most sought-after players.

“Unless it’s a deal that is a no-brainer and makes absolute sense, they’ll wait and see how (injured center Joel) Embiid comes along and what happens in the draft,” an unnamed source said.

“I wouldn’t be surprised if they don’t do anything,” said a second source.

However, a second unnamed source said general manager Sam Hinkie is “gauging interest in Okafor” around the league heading into Thursday’s 3 p.m. deadline.