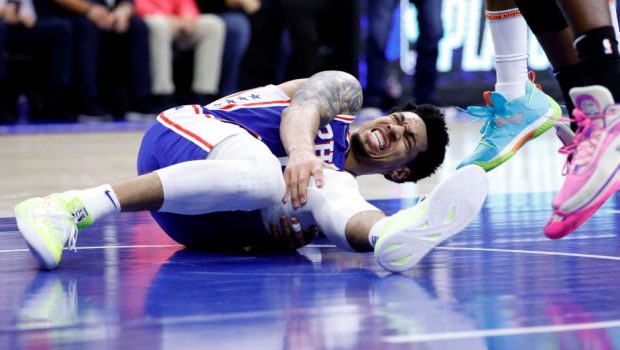 Danny Green wrecked his knee in the Sixers last playoff game against the Heat.

And he wants to return to Philly next year and has no plans to retire.

So, he’ll spend the summer rehabbing his ACL and LCL tear.

“I don’t know what they’re going to do,” Green said, via NBC Sports Philadelphia.

“I’ve said of this league, it’s a business. You just expect the worst, hope for the best. But, for me, I think I’ll play at least half the season, or the tail end of the season and the playoffs. They might not pick [my contract] up, they might trade it.”

The deadline to decide is July 1 before that $10 million becomes guaranteed for the 2022-23 season.