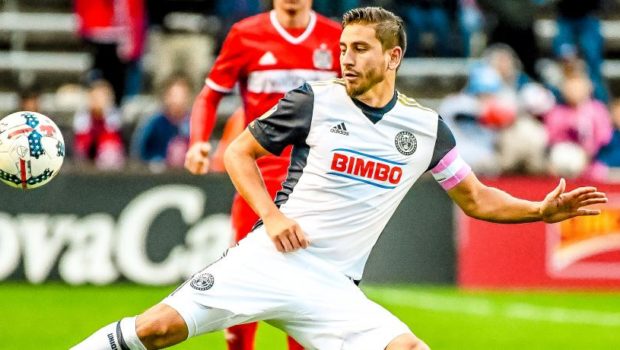 Nemanja Nikolic scored two of his three goals in the second half and the Chicago Fire rallied for a 3-2 win over the visiting Union.

The Fire (16-10-7) moved into third in the Eastern Conference, which would be good for a home game in the playoffs. Nikolic is four goals clear of his pursuers for the Golden Boot with one game to play.

Nikolic opened the scoring in the third minute, getting to a long feed from Brandon Vincent and aided by a bad angle by defender Jack Elliot before beating Andre Blake.

Nikolic’s penalty kick in the 64th tied it at 2 after David Accam was taken down in the penalty area. Nikolic completed his first career hat trick with an easy finish from the middle of the box on a feed from Brandon Vincent for the game winner in the 78th.

Chicago defender Johnan Kappelhof’s own goal put the Union in a 1-1 tie at the six-minute mark and a feed from Haris Medunjanin to Alejandro Bedoya for a chip shot was good for the lead from the 13th minute.