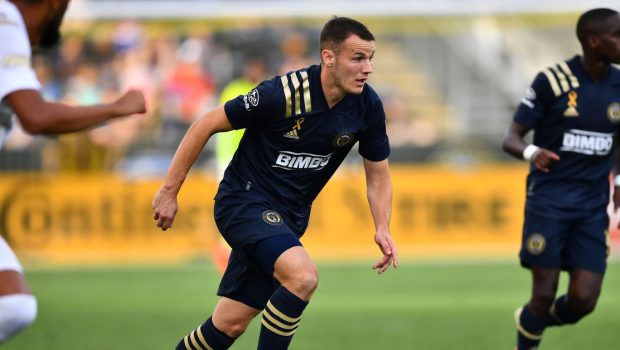 Franco Fragapane scored the winning goal and Tyler Miller made four saves to lead Minnesota United to a 3-2 victory over the visiting Union.

Robin Lod and Adrien Hunou also scored goals for Minnesota (12-10-8, 44 points), which played the final 13 minutes with just 10 men after defender Romain Metanire was red-carded for throwing a ball into the face of Union defenseman Kai Wagner. Metanire was upset that Wagner had wrestled the ball away from him after Josef Martinez had won a free kick in the defensive zone.

Minnesota took a 1-0 lead in the 41st minute when Hunou took a through pass from Fragapane on the left side of the box and fired a low left-footed shot inside the near post for his sixth goal of the season.

Philadelphia tied it just four minutes later on Gazdag’s second goal of the season. The score was set up by Jamiro Monteiro, who passed back to Gazdag on the left outside edge of the penalty box where Gazdag fired a right-footed shot into the top right corner of the net.

Gazdag then made it 2-1 in the 54th minute when he knocked in a rebound of a header by Alejandro Bedoya inside the far post.

But the Loons came back to take a 3-2 lead with two goals in the span of four minutes. Lod, who had just entered the game two minutes earlier, got the first off a brilliant back-heal assist from Emanuel Reynoso, who stole the ball and broke into the center of the box where he found Lod on the right side. Lod then drilled a left-footed shot into the top right corner for his eighth goal of the season.

Fragapane then gave Minnesota the lead in the 67th minute with a rebound header of a Honou shot inside the far left post for his fourth goal of the season.