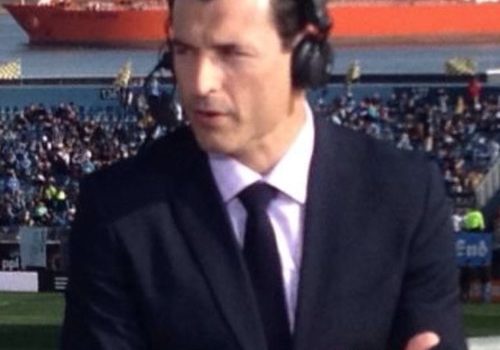 A TV analyst for the Union has been fired after he pleaded guilty to receiving nearly $500,000 in kickbacks for filling unneeded prescriptions for himself and recruiting others to the scheme.

“After reviewing the situation, we have decided to part ways with Peter Pappas,” Union chief business officer Tim McDermott said in a statement. “We want to thank him for his hard work and service to the club for five years.”

Pappas, of Drexel Hill, pleaded guilty to conspiracy to commit health fraud in federal court in Newark. The pharmaceutical salesman admitted he was recruited by a marketing company that was paid by pharmacies to refer people whose insurance paid for compounded medication including pain creams, scar creams and vitamins.

Pappas admitted that he recruited others to join the scheme, including people using a health benefit program for service members and their families managed by the U.S. Department of Defense. He admitted that he attempted to recruit beneficiaries from TRICARE because they gave high reimbursements for compounded medication and cream, federal prosecutors said.

Prosecutors said that while he received $481,773 from the marketing company, his employer, TRICARE and other insurance companies lost at least $3.69 million. Pappas faces up to 10 years in prison and a $250,000 fine when he is sentenced on Oct. 25.

Since 2012, Pappas had been a part-time contracted employee with the Union. He was in a color commentator role since the start of the 2014 season. Pappas, the former goalkeeper of the defunct Philadelphia Kixx indoor soccer team, is also a district sales manager for New Jersey-based pharmaceutical company Celgene, according to his LinkedIn page.

On Twitter, he described himself as a “Canadian former soccer pro turned Rx slinger.”