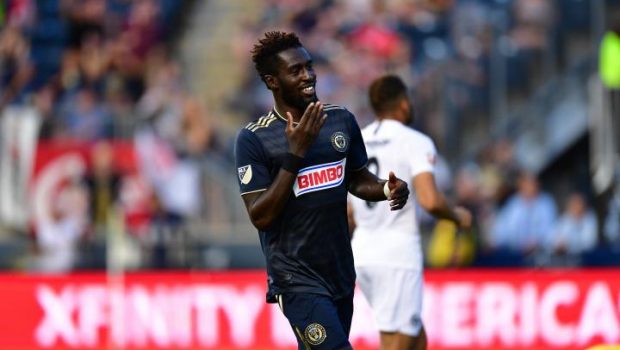 The Union traded the MLS rights of midfielder Derrick Jones to Nashville SC in exchange for $175,000, which will take effect on January 1, 2020.

Jones will spend the rest of the 2019 season on loan with Nashville SC in USL before the club joins Major League Soccer as an expansion side next year.

“We would like to thank Derrick for his contributions to the Union over the past four seasons,” said Ernst Tanner, Union sporting director. “Derrick has been through some difficult situations this season, both on and off the field, and both he and the club agree that a change of scenery is best for all parties involved at this time. All of us wish him nothing but future success with Nashville.”

Jones appeared in 26 matches (11 starts) with the Union since signing with the club in 2016.