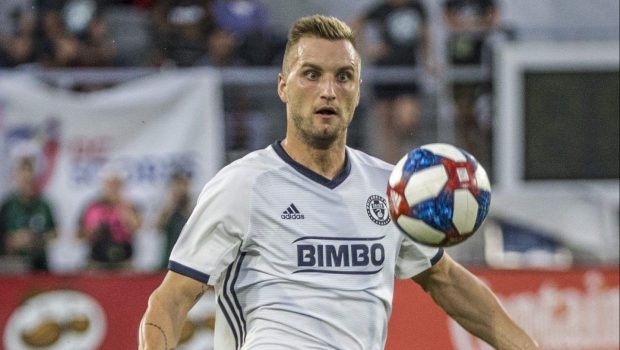 UNION TIE FOR EAST LEAD WITH 3-1 WIN OVER DC UNITED!

Kacper Przybylko had a goal and two assists as the Union defeated D.C. United 3-1 as landed in a tie with Atlanta United for first place in MLS East..

Przybylko scored his 12th goal from point-blank range off a cross from Kail Wagner five minutes in and the Union (14-8-6) were never challenged.

Brenden Aaronson, who helped set up Przybylko’s goal, had the favor returned in the 16th minute. Przybylko slipped the ball down the middle, Aaronson made the turn and then fired from the top of the box for his second goal.

Przybylko made a similar set up for Ilsinho’s fifth goal in the 36th minute. Ilsinho took the pass at the top of the box, worked his way through the defense before finding room to score.

DC United (10-10-9) didn’t have a shot in the first half. Luciano Acosta bulled his way through the defense for his sixth goal in the 56th minute. United turned the pressure up in the second half with four shots on target but remained in fifth place in the Eastern Conference.