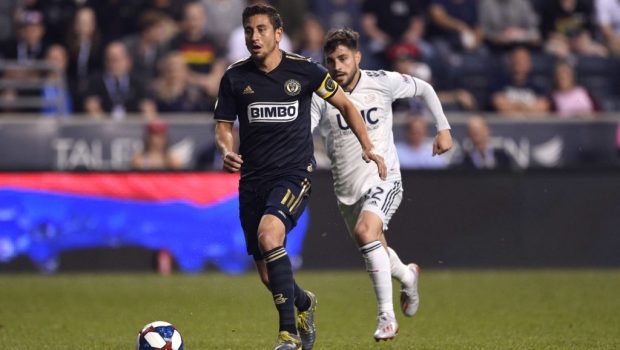 Bruce Arena’s men were made to work for their playoff berth, but they now face a far bigger test. With the newly-crowned Supporters’ Shield champions up next, the Revs will need to be at the top of their game.

The Union (1.91) finished 15 points ahead of New England (3.75) in the final Eastern Conference standings, so it is hardly surprising that the sportsbooks view the Supporters’ Shield champion as the favorite to win on Tuesday.

Philly ended the regular season as one of the league’s in-form teams. The Union lost just one of their last eight matches on their way to clinching the Supporters’ Shield, with six victories coming during that period.

Not only were Curtin’s men the highest scorers in the Eastern Conference this year, they also conceded the fewest goals in the division. Nobody can argue that Philly didn’t deserve to finish atop the East.

After being named in the 2020 MLS Best XI, Andre Blake looks set to return from injury on Tuesday. The goalkeeper has been immense for the U throughout the campaign, so his comeback will give the entire team a huge boost.

Having spent much of the campaign in around the top six, New England ended up eighth in the East. Arena’s men finished level with the Red Bulls and Nashville on 32 points, yet they were forced into a play-in clash against Montreal.

Carles Gil gave the Revs the lead against the Impact, before Romell Quioto equalized on the hour mark. With seconds remaining, Gustavo Bou netted a stoppage-time winner to keep his side’s postseason dreams alive.

In fairness, New England completely dominated Montreal. The Greater Boston outfit finished the game with 66% possession and racked up a whopping 25 shots. But the team has struggled to be clinical in attack all season, and that was evident again on Friday.