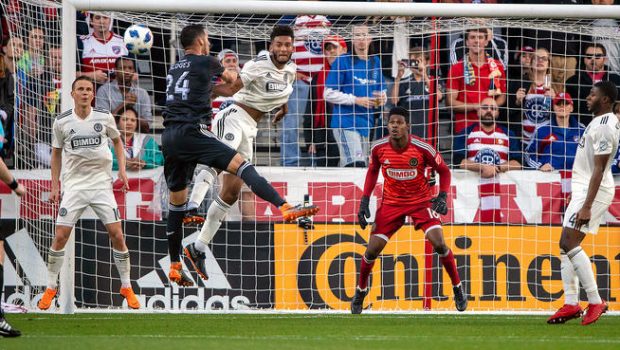 FC Dallas continued its unbeaten start to the season with a 2-0 victory over the visiting Union, which suffered its fourth shutout of the season in which their record is 1-3-2.

Mauro Diaz scored his first goal of the season off a penalty and Maxi Urruti doubled the lead late as Dallas looked to beat the struggling Union at home.

The Union had opportunities early in the second half and looked to steal the game, much like Colorado did to Dallas two weeks prior. Fabrice-Jean Picault found a wide-open Sapong in the middle of the box in the 56th minute, but the American put the header over the bar.

“I thought the first 15 minutes, we dominated,” Curtin said. “Then they had 15 [minutes] and the final 15 was kind of up in the air after we settled down. Andre made some big saves for us, but it was definitely their tactic to come down our right-hand side, based on last week’s game.”

Philly is now winless in five matches and has struggled to score goals, only having one goal in those five matches.

“It’s difficult,” Curtin said. “We have to stick to what we believe in. We have to continue to keep the ball. We need to penetrate more. We tried to play more down the middle. We had some success there but not as much as we would have hoped for but yea, it’s a challenge right now to keep the guys positive, keep their heads up. We’ll get back. We’ll sit down. We’ll look at the tape. We’ll make adjustments. I thought that the guys who came into the game actually showed some life, which is a positive. We’ll have some decisions to make now.”