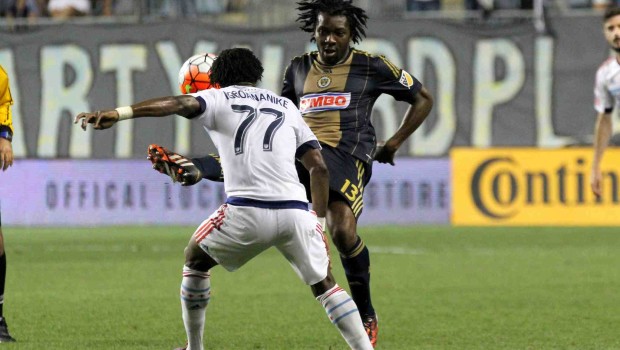 UNION SETTLE FOR 3-3 DRAW IN 92ND MINUTE WITH CHICAGO

Kennedy Igboananike scored his second goal of the game in extra time and Sean Johnson had eight saves to help the Chicago Fire rally for a 3-3 draw with the Union on Sunday night.

Igboananike tied it in the 92nd minute, finding the top-left corner of the net. He put away a left-footer, splitting two defenders at the top of the 6-yard box, off a cross from Patrick Nyarko in the ninth minute.

Goals by Fernando Aristeguieta and Fabio Alves gave the Union (6-13-5) a 2-1 lead at the half.

Patrick Nyarko scored in the 54th, off a cross by Igboananike, to make it 2-2, but Sebastien Le Toux put the Union back on top with a right-footer from the middle of the box in the 90th minute.

Philly is winless in its last five matches and hasn’t won a game in which it conceded the first goal this season.