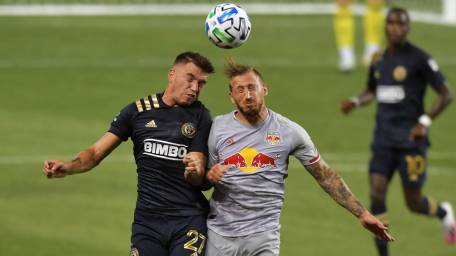 UNION PITCH A BAGEL AT THE RED BULLS!

Bradley Carnell made his debut as New York’s interim coach following Chris Armas’s firing Friday. Carnell served as an assistant for the club since March 2017.

Aaronson scored his third goal of the season, connecting in the 36th minute. Przybylko scored in the 68th and Real sealed it 10 minutes later for Philly (5-2-3).

New York (3-3-4) was shut out for the second straight game and has only four goals in its last nine matches.