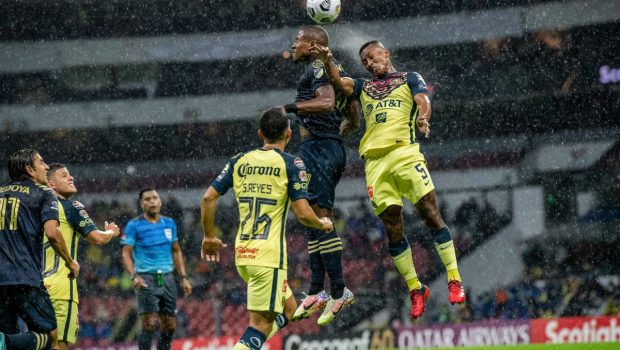 UNION NO MATCH FOR CLUB AMERICA IN MEXICO: REMATCH SEPT. 15!

The Union fell to Club America 2-0 in the first leg of the CONCACAF Champions League semifinals at the Estadio Azteca in Mexico City.

America midfielder Richard Sanchez opened the scoring on 17 minutes as his volley deflected off the back of Union midfielder Daniel Gazdag. The Mexican side nearly scored again just before half-time, but Union defender Jack Elliott produced a superb header and clearance to deny America a two-goal lead as his side struggled for possession.

Midfielder Emanuel Aguilera sealed America’s victory from the penalty spot on 76 minutes after Sanchez was brought down by Philadelphia’s Jose Martinez.

The Union’s best chance of the match came in the closing stages, but America goalkeeper Guillermo Ochoa produced an impressive stop to ensure a clean sheet.

The two sides will play in the return leg at Subaru Park on Sept. 15.