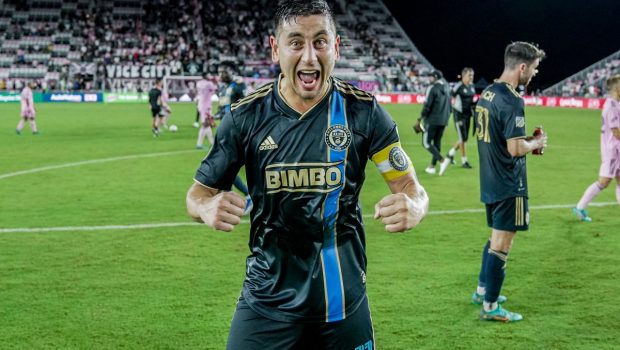 UNION MAKE IT A NIGHT IN MIAMI AND KEEP 1ST PLACE!

Gazdag put his penalty kick over Callender in the 26th minute. It was his eighth goal of the season.

Burke made a leaping header to connect for his goal in the 66th minute. The ball bounced off Callender’s outstretched left hand.

Burke’s goal resulted from a pinpoint delivery from Kai Wagner on a set piece.

Higuain’s goal came on a left-footed shot after moving around a defender from outside the box. Jean Mota was credited with an assist.

Inter Miami held an upper hand in possession time, but only three of its 12 shots were on goal.

Philadelphia applied more pressure at times, ending up with a 9-4 advantage in corner kicks.

Shortly before the game, the Union acquired Julian Carranza as a permanent transfer. Otherwise, the reigning MLS Player of the Week would have sat out based on the loan agreement with Inter Miami, which had been his parent club.

Carranza had a hat trick last week against D.C. United, and he entered as a substitute in the 61st minute Wednesday night vs. Inter Miami.

Carranza missed a May meeting between the teams that resulted in a 0-0 draw.

Blake collected his 600th MLS save when he grabbed the ball on an attempt that stemmed from an Inter Miami corner kick in the second half. 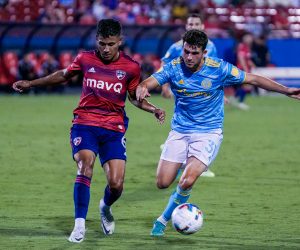