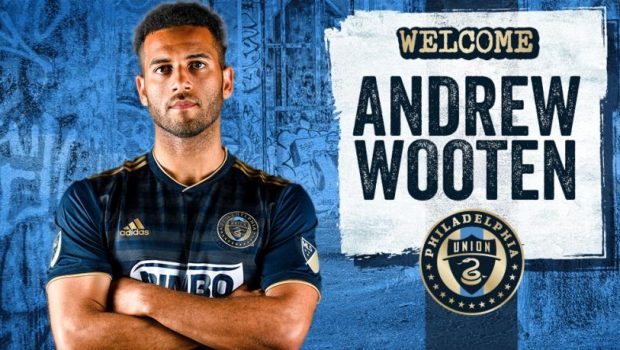 The Union are in the mix for the MLS Cup for the first time in their 10-year history, and they are gearing up for the fight.

Yesterday they signed forward Andrew Wooten, formerly of Germany’s SV Sandhausen. The 29-year-old forward joins the Union following a standout 2018-19 season in the 2. Bundesliga, where he scored 17 goals in 31 appearances for Sandhausen, including 13 goals in 18 games to close the campaign. He tied for fourth in the league in overall goal-scoring.

“We are delighted to complete this signing and we’d like to officially welcome Andrew to the Union,” said Ernst Tanner, Union Sporting Director. “He is a strong forward who had interest from many teams around the world, so to have him choose Philadelphia as the next stop in his career is a tremendous compliment. We are all looking forward to integrating Andrew as quickly as possible and having him ready to play as soon as he is eligible following the opening of the transfer window.”

A German-American, Wooten was born and raised in Germany but also holds American citizenship through his father, who served in the U.S. military. He began his professional career with the fourth-division Wormatia Worms in Germany in 2008, playing for the club for two years.

During the 2012 summer, he joined Sandhausen on loan, scoring seven goals in the 2. Bundesliga during his first year with the club. He then joined FSV Frankfurt for a brief loan spell before transferring to Sandhausen permanently before 2014-15. Wooten has been a consistent contributor for the club ever since, scored eight, six and nine goals respectively over the following three seasons. After missing most of 2017-18 with an injury, he broke out last year with his 17-goal campaign.

Internationally, Wooten has earned one cap for the United States, appearing as a substitute against Costa Rica on October 13, 2015.