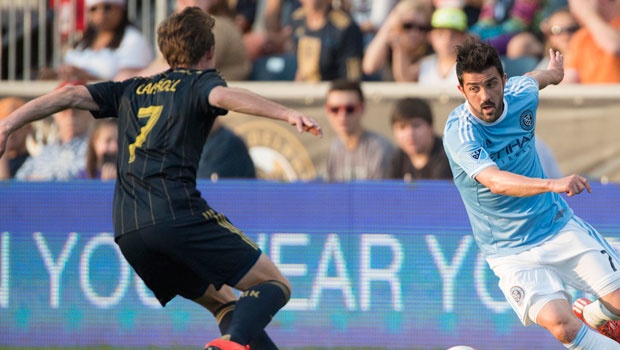 Patrick Mullins scored in the 87th minute to lift New York City FC past the Union 2-1 Saturday night in the teams’ third and final meeting this season.

Mullins followed Jeb Brovsky’s throw-in as it rolled into the 18-yard box, shielding defenders to line up his shot. His left-footed strike deflected off the back of defender Richie Marquez’s leg and skirted just inside the right post.

C.J. Sapong opened the scoring in the 46th minute for the Union (4-9-3), converting Sebastien Le Toux’s corner kick with a right-footed shot from the center of the box. It was Sapong’s third goal in four games.

Thomas McNamara tied it for NYCFC (2-7-5) in the 53rd minute with a long-distance rocket into the upper right corner of the goal for his first goal of the season and second of his career.