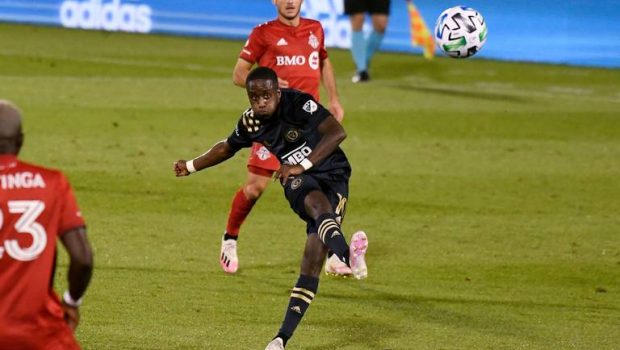 Alejandro Pozuelo scored in the 76th minute, rallying Toronto FC to a 2-1 win over the Union.

The Union jumped out to an early lead when Sergio Santos scored from close range in the fifth minute.

Toronto (9-2-4), playing in its temporary home in Connecticut, is unbeaten in five games.

The Union’s Jozy Alitdore left the match in the 53rd minute after experiencing tightness in a hamstring.