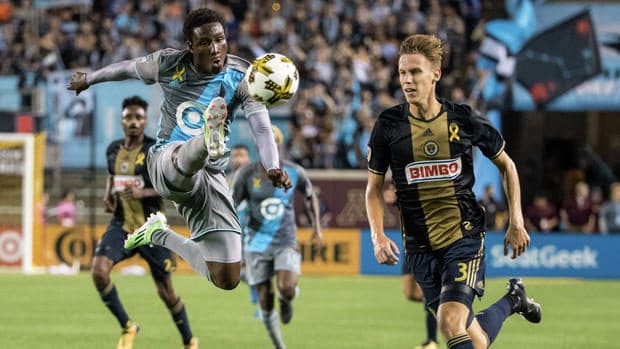 Ethan Finlay’s equalizer canceled out an early strike from CJ Sapong as the Minnesota Loons and the visiting Union played a 1-1 draw.

In a matchup between two teams near the bottom of their respective conferences, Sapong scored his 13th goal of the season after pouncing on a fifth-minute cross from Fafa Picault.

Finlay, playing in his third game for Minnesota since being traded from Columbus, found the 40th-minute equalizer following a marvelous move from Francisco Calvo in the box.

The Union, who are winless in their last five, were very fortunate when a 67th-minute penalty on Oguchi Onyewu was overturned by Video Review. Onyewu, who was initially called for a handball in the box, would have been ejected with his second yellow card had the call stood.