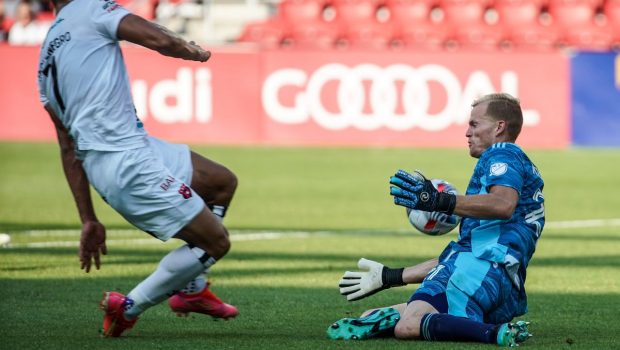 The Union (6-3-5) took the lead in the 83rd minute. Sergio Santos gathered a long ball in, evaded the defender and squared it for Przybylko to finish. It was Przybylko’s fourth goal of the season, tying him with Cory Burke as the Union’s top goal scorers.

Yamil Asad converted a penalty from the spot in the 51st minute to tie it at 1 for United (5-7-1). Yordy Reyna drew the foul that was conceded by Santos.

Santos opened the scoring in the 11th minute, getting behind the defense with the help of a deft touch by Daniel Gazdag to redirect Alejandro Bedoya’s pass.

The game was stopped in the 87th minute for a weather delay.