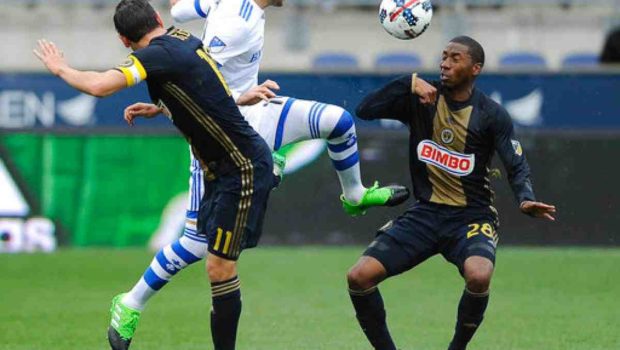 Anthony Jackson-Hamel scored his second goal of the game in the 87th minute, rallying the Montreal Impact to a 3-3 draw with the Union yesterday in Chester.

Jackson-Hamel replaced Dominic Oduro in the 62nd minute and put away a rebound to tie it. Matteo Mancuso’s shot from just outside the box had bounced off the arms of a diving Andre Blake. Jackson-Hamel tapped it in from the top of the 6-yard box.

Philly (0-4-3) took a 3-0 lead on a penalty kick by Roland Alberg in the 39th minute, his second goal of the game. Alberg evaded a defender and beat Evan Bush from point- blank range in the opening minutes and C.J. Sapong’s header made it 2-0 in the 23rd.

Ignacio Piatti sliced through three defenders before scoring just before halftime, and Jackson-Hamel’s header pulled Montreal (2-2-3) within a goal in the 69th minute.