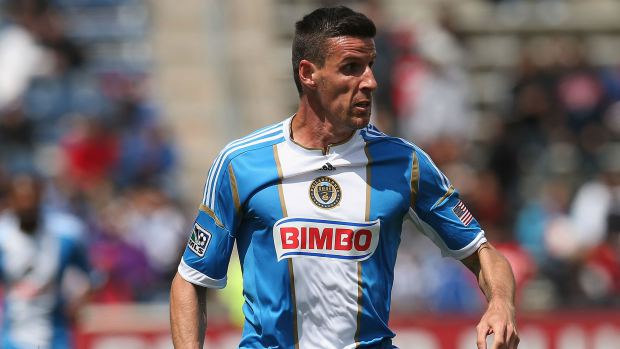 Luis Silva scored early in the first half and goalkeeper Bill Hamid made it stand up in D.C. United’s 1-0 victory over the Union on Saturday at RFK Stadium in Washington.

United (16-9-6) snapped a three-game winless streak and beat Philly for the second time in two matches this season, keeping the Union in seventh place in the East — two points shy of a playoff spot.

Hamid made four saves to tie for the MLS shutout lead with nine.

United scored in the 10th minute, with Silva flicking a header past flat-footed Rais Mbolhi off a feed from Chris Korb for his 11th goal of the season.

In the 47th minute, Hamid made a nice kick save on a tight shot from Danny Cruz, who came on for injured Sebastien Le Toux (photo above).