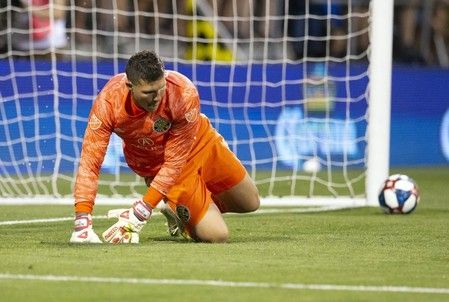 They also returned goalkeeper Carlos Miguel Coronel from his loan with Red Bull Salzburg in Austria, a transaction that opens an international slot on the roster.

Bendik, 30, has appeared in 176 career MLS games for the Portland Timbers, Toronto FC, Orlando City and Columbus. He appeared in six games with the Crew this season, going 0-5-1 while allowing 12 goals and making 14 saves.

The Union will add Bendik to its group of goalkeepers, which includes 2016 MLS goalkeeper of the year Andre Blake and homegrown player Matt Freese.

The Union, which sits atop the Eastern Conference at 10-6-6 (36 points), will have Bendik available on the active roster when the team plays host to the Chicago Fire on Saturday.