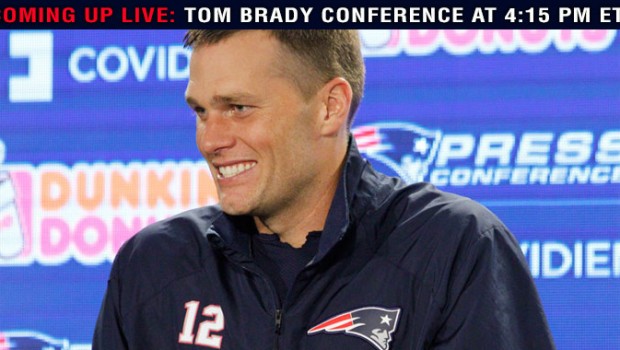 Quarterback Tom Brady said Thursday he is not responsible for the underinflated footballs the Patriots were discovered to have used Sunday in the AFC Championship Game vs. the Colts.

“I didn’t alter the ball in any way,” Brady said in an afternoon press conference at Gillette Stadium.

Brady was peppered with questions about it, but he insisted he did nothing wrong. He also said he has not yet spoken with the NFL regarding its investigation of the matter.

“I have no knowledge of any wrongdoing. I’m very comfortable saying that,” Brady said.

He said he inspected the footballs prior to the game, and also said he did not notice any difference in the footballs during the game. Brady added that he spoke with members of the team’s equipment staff and they said they did not tamper with the game balls.

“When I felt them, they were perfect,” he said.

The Patriots routed the Colts, 45-7, to advance to Super Bowl XLIX vs. the Seahawks on Feb. 1

“I felt like we won the game fair and square,” Brady said.

During a Monday appearance on WEEI radio, Brady laughed off a report that the Patriots used underinflated footballs in the AFC Championship game Sunday. Since then, news emerged that the NFL discovered 11 of the 12 footballs used by the Patriots Sunday were underinflated, and on Thursday morning, coach Bill Belichick also said he knew nothing about it.

Belichick did say that players naturally would have a more vested interest in the condition of a game ball.

“I think we all know that quarterbacks, kickers, specialists, have certain preferences on footballs,” said Belichick. “They know a lot more about it than I do, they’re a lot more sensitive than I am, and I hear them comment on it from time to time. So I can tell you, and they will tell you, that there is never any sympathy whatsoever from me on that subject.”

Belichick said he did not know Brady’s preferences for game balls.

“Tom’s personal preferences on his footballs are something that he can talk about in much better detail and information than I could possibly provide,” Belichick said.