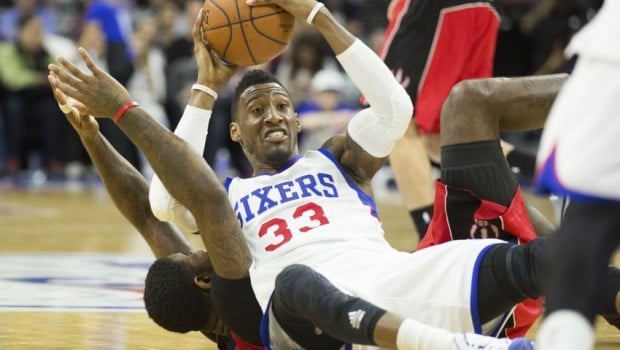 The Sixers lost their final exhibition game last night to the Boston Celtics, but they also might have lost their best outside shooter to a knee injury.

Big Shot Rob Covington was helped off the court with 7 minutes remaining. The Sixers said Covington sprained his right knee.

The 24-year old 6-9 forward was a pleasant surprise last season, averaging 12.5 points per game and shooting 37.5 from downtown, making him the most reliable 3-point shooter on a team that desperately needed a sharpshooter.

Marcus Smart scored 10 points and Jared Sullinger pulled down 14 rebounds for the Celtics.

The Sixers pulled within 43-40 at halftime after trailing by 12 points, then stalled in the third quarter. The Sixers went without a field goal until Isaiah Canaan’s 3-pointer with 5:21 left in the period cut Boston’s lead to 55-46.