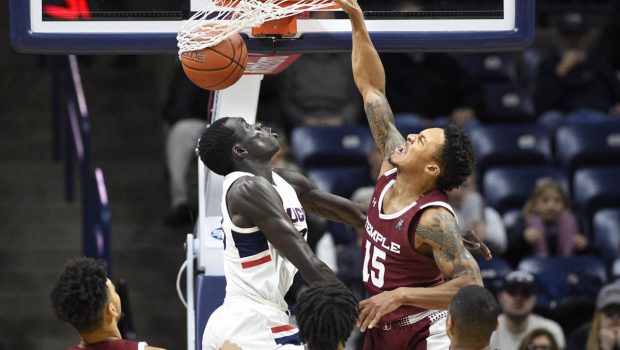 UConn, which had been beaten by six points or fewer in every game during its recent skid, never trailed in this one.

The Huskies held the Owls scoreless for a 5 1/2 minute stretch in the first half, opened up an 18-point lead and went into halftime up 36-21.