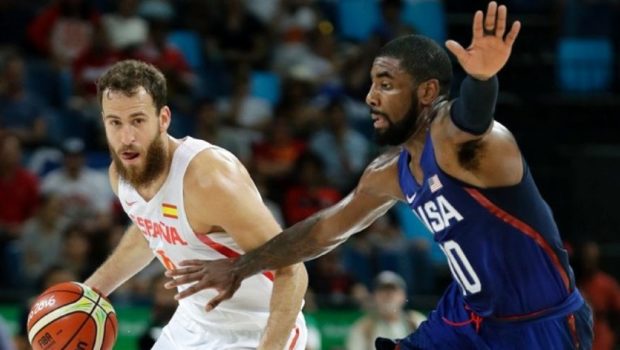 Sixer Sergio Rodriguez did his best for Spain.

On Sunday, the U.S. men’s basketball team will play for the Olympic gold medal. Win that game, and all other evaluations won’t matter a bit.

There were key contributors, notably DeAndre Jordan’s 16-rebound, four-block defensive masterpiece and Klay Thompson’s 22 points. But whatever those specifics and however it looked, this group is at the point in this event where neither star players nor style points matter much.

“We got one game, and that’s what we came here for,” four-time Olympian Carmelo Anthony said. “We don’t want to leave with nothing less than a gold medal.”

That gold medal opportunity will come Sunday against Serbia, an 87-61 winner over Australia in yesterday’s second semifinal. To reach that game — and go for their 24th straight victory and third straight gold since Mike Krzyzewski took over as Olympic coach — the Americans needed to get past a semifinal that, for a variety of reasons, lacked flow.

“I think it’s the most different game I’ve coached internationally for the United States,” Krzyzewski said.