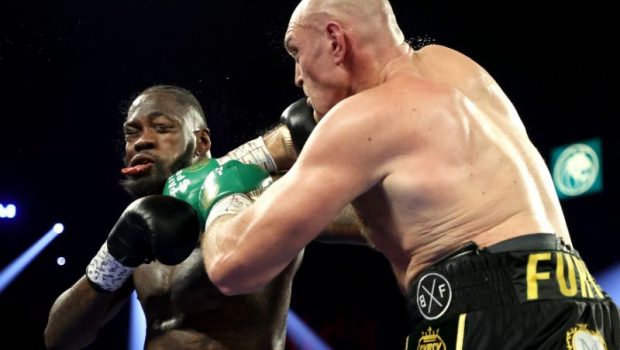 Tyson Fury battered of Deontay Wilder in their heavyweight title fight last night at the MGM Grand Garden in Vegas.

Fury knocked Wilder down with a right in the third and a left to the body in the fifth and battered him around the ring for most of the night. Wilder’s corner threw in the towel to save their fighter after Fury landed a pair of right hands in the corner in the seventh round.

After fighting to a split draw in Los Angeles on Dec. 1, 2018, Fury said he’d change his style in the rematch. He replaced trainer Ben Davison with Javan “SugarHill” Steward because he said he wanted to throw a better right and move forward and go after Wilder.

Everything worked perfectly. Wilder never landed his fearsome right hand that led him to 41 knockouts and countless knockdowns in his first 43 professional fights. And once Fury hit him with a picture-perfect right in the third and dropped him, Wilder was never the same.

Fury added Wilder’s WBC belt to the lineal championship he brought with him in the crowning performance of his career. He’d defeated Wladimir Klitschko in 2015 to first become champion, but it was an aging Klitschko. This was a prime Wilder who was being touted as the biggest puncher in boxing history, and who closed as a minus-135 favorite.