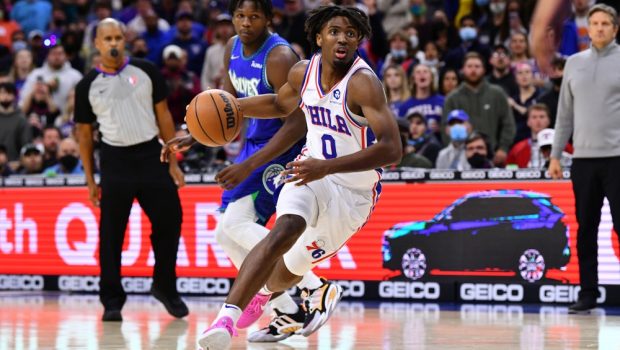 TYRESE TO THE MAX: CAREER HIGH 9 ASSISTS IN SIXERS LOSS

Tyrese Maxey tied his career high with nine assists,, adding 15 points, four rebounds and a block in 44 minutes for the Sixers against the Wolves last night..

Maxey took over for a stretch in the third quarter, helping Philly erase a big deficit, before paying due deference to Joel Embiid down the stretch.

He’s also had nine dimes in two of Philly’s past four games, so it’s only a matter of time before he’s notching double-doubles.