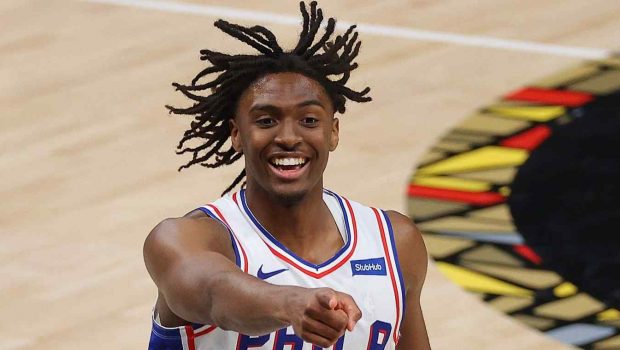 TYRESE MAXEY GOES OFF FOR CAREER HIGH 44 IN SIXERS WIN!

That is the most triples in a game this season and the second most points.

Maxey was always going to be in line for a big showing with Joel Embiid resting, and last season he had a usage rate bump of 6% whenever Embiid was off the floor.

Maxey turned James Harden into a spectator and put the team on his back in one of the best performances of the season. The 76ers have been in need of a spark after their slow start and Maxey looks ready to spearhead their turnaround.