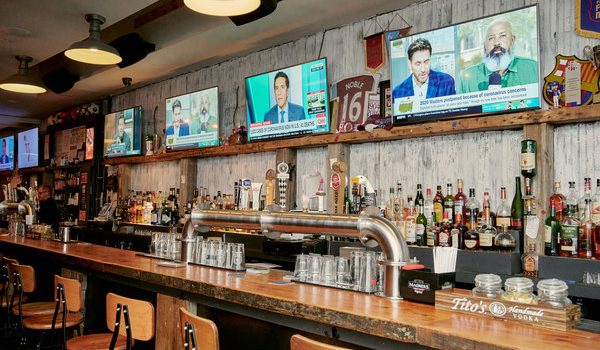 TWO MONTHS IN, SPORTS START TO LOOSEN UP FROM THEIR LOCKDOWN

It’s Thursday, May 7, and across the United States and throughout the world, sports are slowly awakening from its two-month respite during the coronavirus pandemic.

As the USA and other countries start to ease lockdown restrictions aimed at stemming the spread of the contagion, soccer teams in Germany, Spain and Italy have resumed training in the hopes of resuming their seasons, professional golfers are eyeing a late spring return to competition and touring tennis pros learned this week that an altered version of a team season is in the works.

Professional baseball began again in South Korea on Tuesday, some NBA training facilities may open today, and the Ultimate Fighting Championship and NASCAR plan to hold events this month without fans on site.

But sports return to life is characterized by uneven circumstances. While golfers living in some parts of the United States have had largely uninterrupted access to courses, counterparts in other states or in other countries, such as Britain, have been reduced, at best, to hitting wedge shots into netting in their backyards.

There are tennis players, swimmers and track athletes who have access to personal facilities or reopened public spaces, while others in neighboring counties, states or countries remain severely restricted. Austria has opened Olympic training centers. The United States Olympic and Paralympic Committee has not decided when it will open its centers.

In the United States, 50 states may produce 50 different sets of regulations. Athletes in some European and Asian countries may have a hard time traveling elsewhere. The different guidelines and realities, depending on geography, complicate each athlete’s efforts to get back into competitive shape.