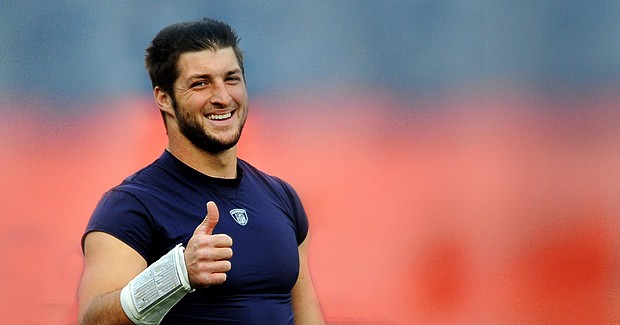 2 IMPORTANT POINTS ABOUT WHY TEBOW WILL MAKE EAGLES ROSTER

One of the dumbest reasons I have heard in the past two months about why it is a silly idea for Tim Tebow to make the Eagles come September is:

“He’ll take up a roster spot that a real player could use!”

Like Matt Barkley, a fourth-round draft pick whose arm is so weak that he can’t throw an out pass?

Back in March, when Tebow had a tryout with the Eagles, it seemed that Chip Kelly was playing a practical joke on the media, which he loves to do.

Remember when he off-handedly answered a question about Nick Foles future back in 2013 and he said, “He’s going to be our quarterback for the next 1,000 years!”

Now some in the goofball media say that is another example of Kelly saying one thing and doing another.

No, dummies, it was a joke, something the low-forehead types still can’t adjust to after 14 years of listening to slow-thinking Andy Reid.

Kelly might also seriously consider keeping Tebow on the 53-man roster once the season begins.

Tebow brings a trick-play/special-teams element to the Eagles. In 2012 with the Jets, Tebow offered next to nothing in those capacities. He was seldom used during the season and cut with little thought the following spring.

One of the biggest differences between then and now: Kelly has a knack for getting the most out of his quarterbacks, but perhaps most importantly is the extra-point rule. Following a touchdown, teams will now have the choice of kicking an extra point from the 15-yard line or going for two points from the two yard-line.

In April, Eagles’ new vice president of player personnel Ed Marynowitz spoke about the new rule as it related to the former Heisman winner.

“If (the new two-point rule) does come to fruition, and there’s a role there, depending on his performance, that may dictate if [Tebow] has a role in that capacity,” he said.