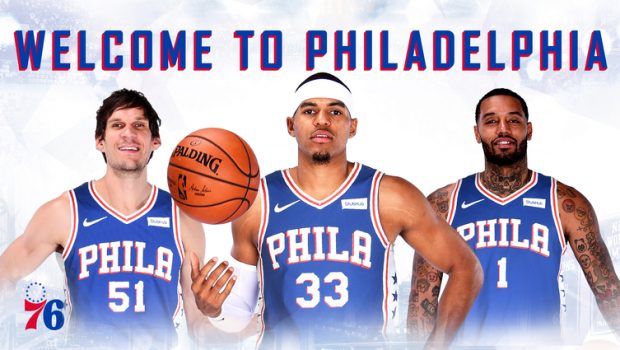 TRUST THIS: HARRIS GIVES SIXERS A REAL CHANCE TO WIN THE EAST!

“We are in a unique position to contend now, and we think this trade positions us well for the postseason,” Sixers GM Elton Brand said in a statement.

Elton Brand may not be an objective observer but he is absolutely right.

Yes, the trade for Tobias Harris, Boban Marjanovic and Mike Scott was high.

First round picks can be valuable, and sometimes they’re not.

Wilson Chandler is over the hill, Mike Muscala couldn’t guard anybody and Shamet was a surprisingly effective player who might develop into more than a reserve on the Clippers.

But the Process, as Sam Hinkie, designed it is way over.

Yesterday’s trade for Harris is the second step of a new process, the first of which was the November trade for Jimmy Butler.

The Sixers entered last night’s play as the East’s No. 5 seed at 34-20, six games behind Milwaukee (39-13). Their challenge now will be establishing a chemistry among its new five-man core in the 28 games left before the playoffs and then re-signing Harris and Butler this summer after making two of this season’s biggest trades to get them.
Click Here To Comment
0 admin February 7, 2019 Sixers