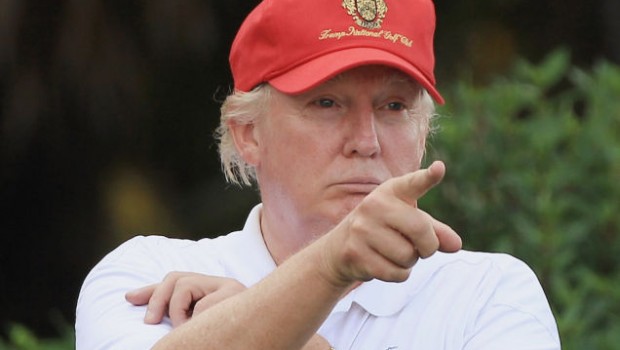 So, a big-time golf cheat just wrapped up the Republican presidential nomination.

Oscar De La Hoya says that’s what he saw on the links when Trump joined up with his group at Trump National Golf Club in Los Angeles two years ago. Trump, he said, cheated not once but twice in the space of two holes.

“Yes, I caught him,” De La Hoya said. “It was unbelievable. But I guess it was his course, so it was his rules.”

De La Hoya said he and his group were teeing off on the first hole when Trump, an avid golfer who owns several courses, asked if he could join them.

“Of course, this is your golf course,” De La Hoya said he told him.

The former boxing champion said Trump hit his first ball into the water, hit a second out of bounds, then a third into the water again. His fourth ball then went into the bushes.

“Donald, what he does is he tees off first so we go off to our balls and what do we see but Donald Trump right in the middle of the fairway,” De La Hoya said. “He said, ‘Hey look, I found my first ball.'”

On the next hole, a par-3, De La Hoya said Trump hit into some bushes and again went ahead of the other players in his cart. When the rest of the group got to the green, he said Trump’s ball was 3 feet from the hole.

That De La Hoya waited so long to talk about Trump’s golf game might have something to do with the fight he’s promoting Saturday night at the MGM Grand. It matches a Muslim and a Mexican in Amir Khan and Canelo Alvarez, and there are tickets to sell.

De La Hoya, a son of Mexican immigrants, said he has reserved two of them at ringside for Trump, a big boxing fan, but so far they have been unclaimed.

It’s not the first time Trump’s name has been used in connection with a fight. Last month, promoter Bob Arum pushed the “Anti-Trump” undercard of Mexican fighters for the Manny Pacquiao-Timothy Bradley fight.

De La Hoya believes Trump’s behavior on the golf course is reflective of his true self. 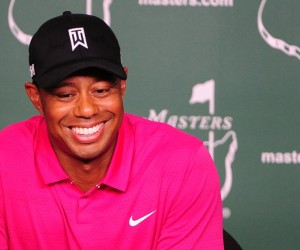 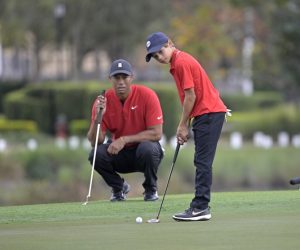