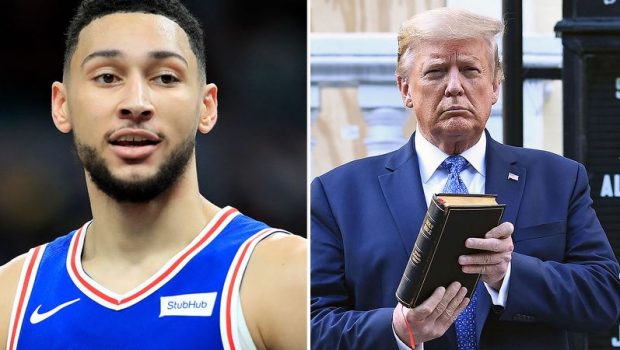 In an appearance yesterday on Fox & Friends, Trump was asked about his take on the state of the league, which has seen the majority of its players and coaches kneel during the anthem in support of Black Lives Matter and other social justice movements.

Two players — the Miami Heat’s Meyers Leonard and the Orlando Magic’s Jonathan Isaac — have stood during the anthem since 22 teams resumed their season in Orlando, Florida.

Spurs coach Gregg Popovich, a vocal critic of racial injustice, and assistant Becky Hammon have also chosen to stand during the national anthem.

“When I see people kneeling during the playing and disrespecting our flag and national anthem, what I do personally is turn off the game,” Trump said in the phone interview.