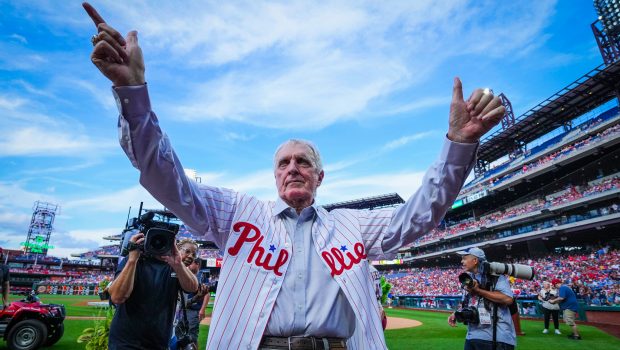 PHILS TRIBUTE TO REED AND MCBRIDE OF 1980 WORLD SERIES TITLE!

The Phillies honored Bake McBride andRon Reed with induction into the club’s Wall of Fame during a pregame ceremony last night.

Both members of the 1980 World Series championship team, McBride had a .770 OPS in five seasons for the Phillies while Reed posted a 3.06 ERA in 458 games, all but nine of which were out of the bullpen, over eight seasons.

Join us as we induct Bake McBride and Ron Reed from the 1980 World Champion Phillies to the Toyota Phillies Wall of Fame. https://t.co/nYytBNmy1h